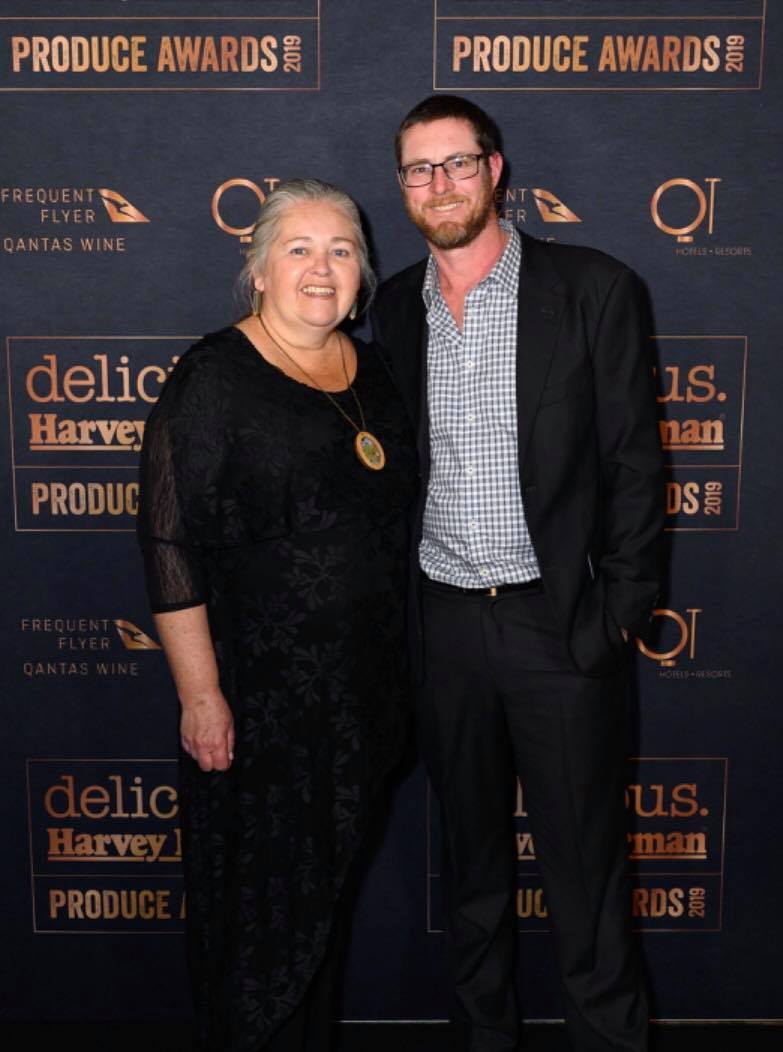 Announced at the State Theatre in Sydney, at a most glamorous awards night, Brooklands Free Range Farms 100% Grass Fed British White Beef won Gold in the “From The Paddock” Category at the delicious Magazine Harvey Norman Produce Awards!

Being Victorian State winners, a second sample was sent to Sydney for the Australian Finals for blind judging by some of Australia’s renowned chefs and food industry leaders.

“To be in the company of such amazing producers, and chefs from around Australia was a great honour, and to see our rare breed British Whites named up on the big screen on stage just made our hearts beat fast” said Nats from Brooklands.

Brooklands Free Range Farms is run on regenerative farming principles, with a passion for soil health (no chemicals or artificial fertilisers) , multi species pastures, and using their cattle and pigs as part of the management plan for building up top soils, and capturing carbon, keeping the farm healthy all year round.

“We find the British White breed of cattle just perfect for grass fed and regenerative farming, with moving our cattle each week onto fresh pasture, their calm natures make it so much easier, the breed has also retained their natural ability to forage, and adjust to conditions, just like they would have when they were wild in Britain”.

Brooklands have a breeding herd of about 18 purebreds, together with their gentle bull Birch Estate Movita, and slowly increasing breeding herd size, with the aim to finish them off at around 3yo. Starting their breeding program in 2013, it’s been a slow process but with determination to promote the breed as some of the best beef in Australia, all the hard work has its rewards.

Demand is running strong for Brooklands British White Beef, and it can be purchased at Ballan Farmers Market, Daylesford Sunday Market & Trentham Farmers Market and at Hagans Organic Butchers in Melbourne.

“We need more breeders for British White Beef to come on board, such a great breed to preserve for the future, especially for regenerative farming and pure grass fed.” 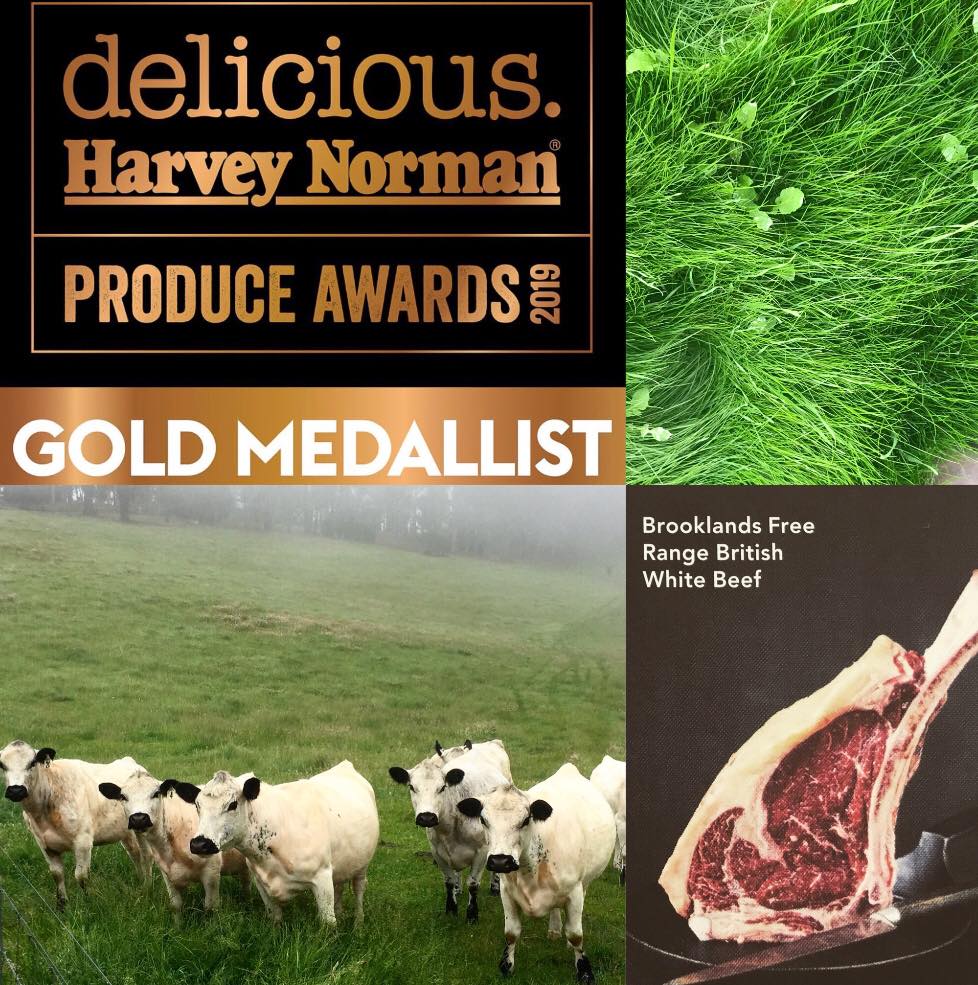