British White cattle first appeared in Australia in 1958 with the importation of three purebred heifers from Norfolk in the United Kingdom. The herd was developed to a high level before being dispersed in 1971. From this a number of herds and breeding programs developed and it soon became evident that a society was essential to further develop the breed in Australia.

In 1982 The British White Cattle Society of Australia was formed following an inaugural meeting of breeders and other interested persons held at the Royal Agricultural Society Show Grounds in Randwick, New South Wales.

Since establishment the British White Cattle Society of Australia has remained faithful to the original objectives and continues to grow. We have around 50 members across all six Australian states with around 800 registered cattle.

Find Out About Our Members

The initial constitution defined the principal objectives of the Society as:

In 2019 at our annual general meeting we launched our new Strategic Plan.

To deliver services that increase awareness, quality and numbers of British White Cattle
in Australia.

We look, sound and act professional at all times
We encourage and value new ideas and skills
We provide efficient and effective service delivery to our members
We provide cohesive, innovative and proactive leadership. 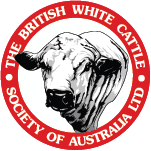 A society logo, still in use today, was designed and drawn foundation council member, Mrs Annmarie L. Ingham of “Mulberry Hill”, Orange.  It features the head of her prize bull “Underhill Colonel”.

We always encourage people with British Whites to become members and we offer a number of membership categories including Full, Associate, Commercial and Junior. 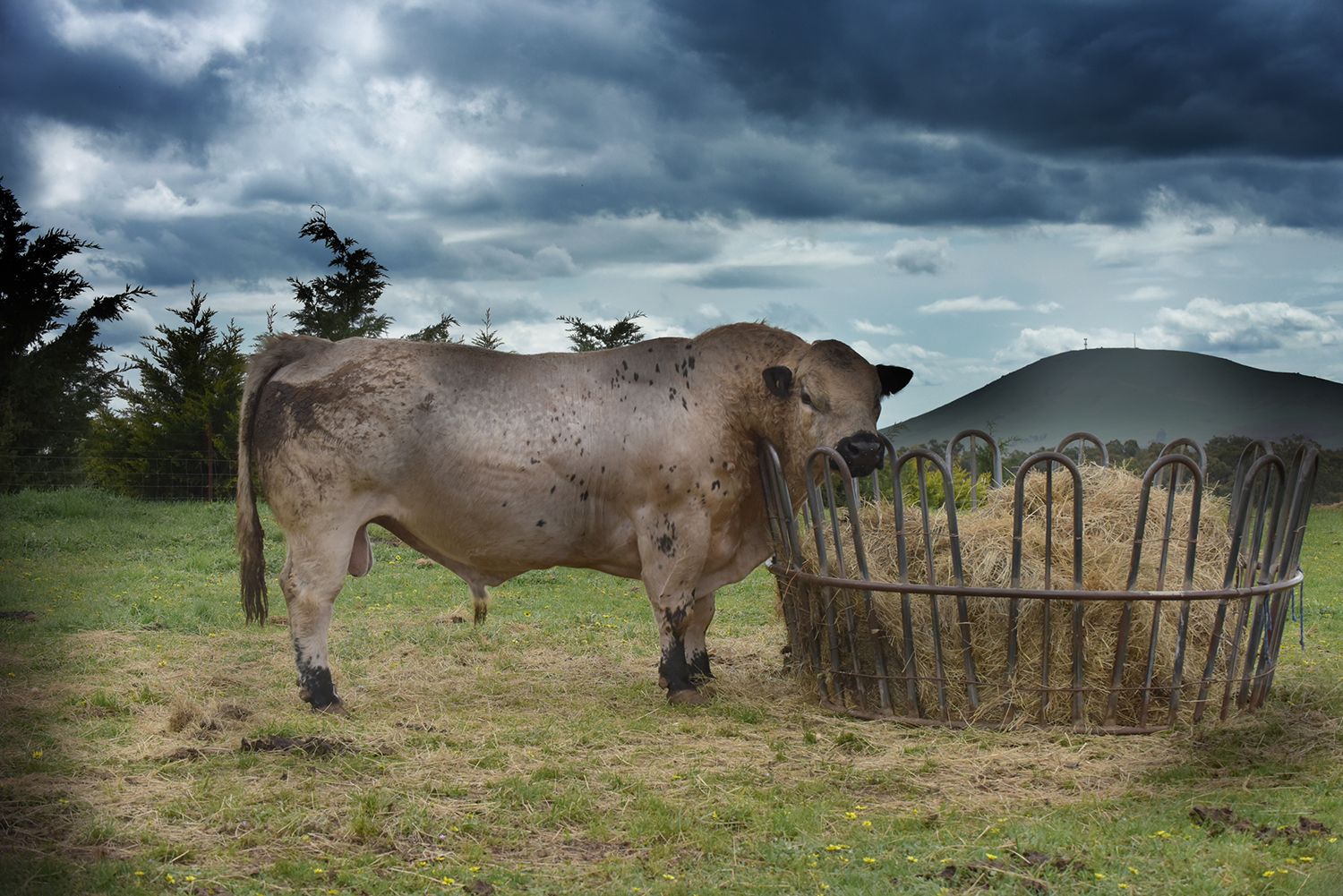 Through our website, publications and event attendance we promote awareness of British Whites as well as its significant advantages in the livestock industry and its importance as a rare breed. We supply information and advice to non members to encourage breeding or the establishment of new herds.

The British White is considered a rare breed with only comparatively small herds world wide. They are also on the Australian Rare Breed Trust critical list. We intend to see the breed thrive in Australia and become a more significant in the livestock industry through its natural advantages.

The Society has been diligent since its inception to manage the British White Herd Book. Since 2009 this has been maintained by the Australian Beef Research Institute.

Due to historical factors Australian British Whites are not recognised by overseas societies yet. Our mission is to have the Australian herd recognised by the UK society as pure breed. This involves a supervised breeding program where only the highest quality calves are produced using Australian and international semen stock.

Through our meetings and other events we help create a comminuty of breeders and owners where they can exchange expertise, knowledge and friendship in all things British White.

The Society holds meetings twice a year (March and September) to conduct Society business in accordance of our constitution. We choose various locations across Australia at which new and prospective members are made very welcome. This also gives us the opportunity to visit and inspect herds nearby. 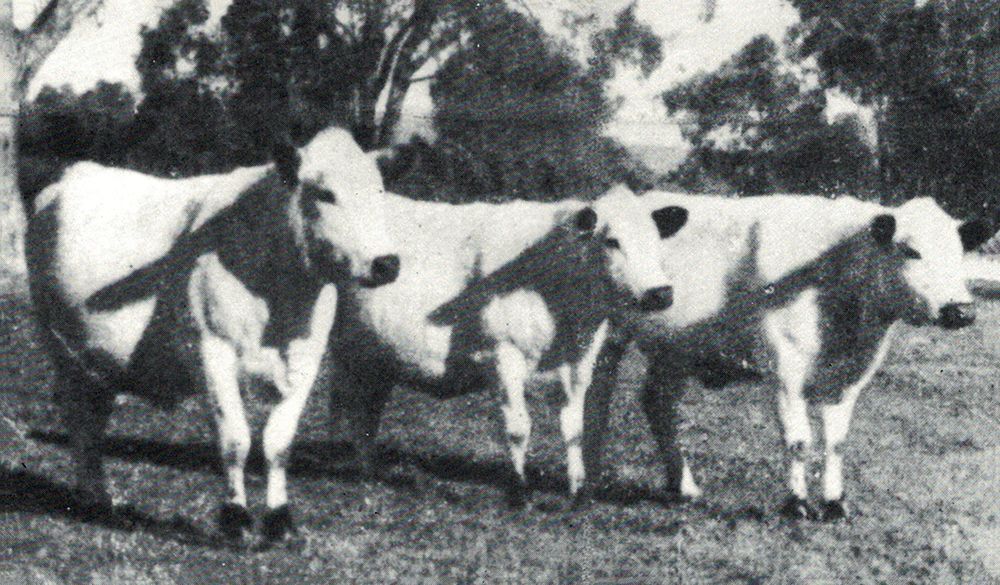 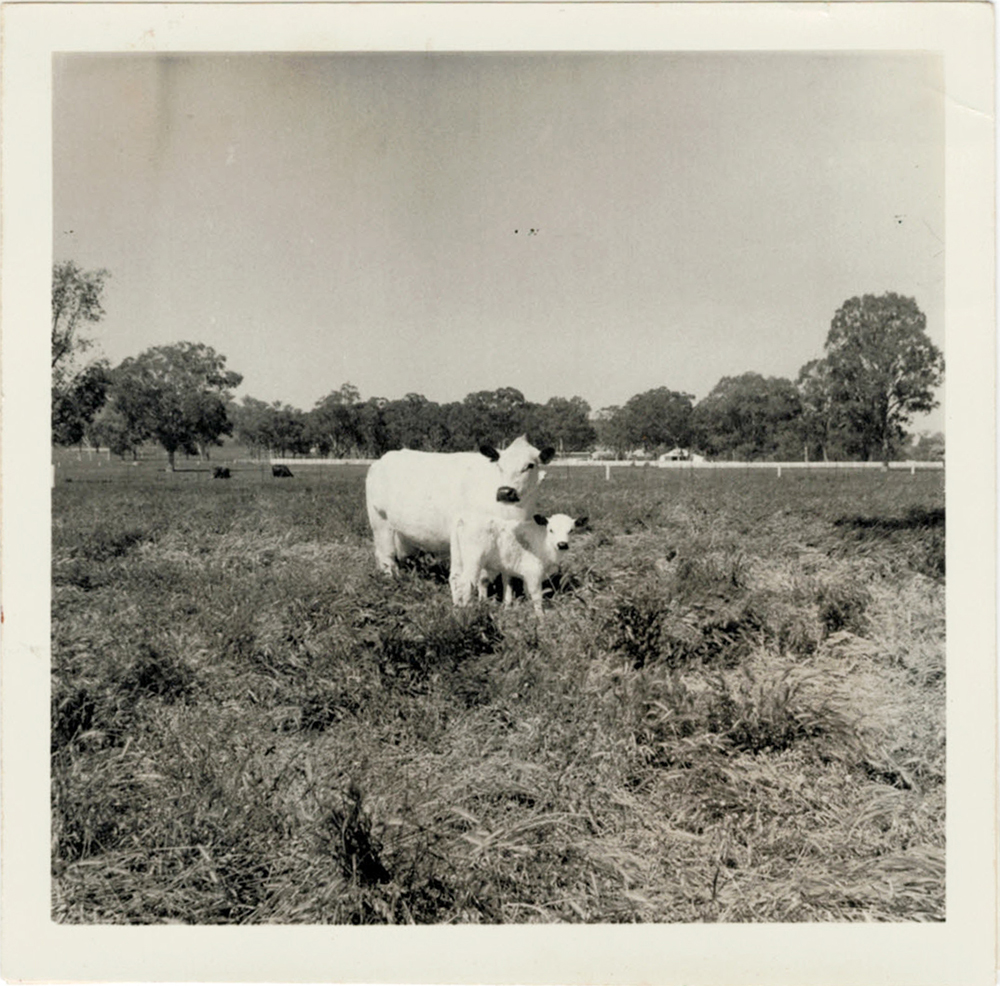 Cow and Calf on the Hordens property in NSW

British White cattle first appeared in Australia in 1958 with the importation by Mrs Anthony Hordern of three purebred heifers from the Woodbastwick herd in Norfolk.  She developed the herd to a high level first at “Round Hill”, Culcairn and then at “Gledswood”, Catherine Fields, NSW before dispersing it in 1971.

From this dispersal a number of herds and breeding programs developed and it soon became evident that a Society was essential to further develop the breed in this country.

The British White Cattle Society of Australia was formed following an inaugural meeting of breeders and other interested persons held at the Royal Agricultural Society Show Grounds in Randwick.

The meeting was on the 6th April 1982 and chaired by Mr Anthony Hordern. A committee was elected to draw up a Constitution and Regulations to meet the needs of the nascent society, and to initiate the long and exacting task of inspecting herds and breeder records in order to compile a foundation Herd Book.

Significant support for the undertaking was provided by the Royal Agricultural Society of NSW, the British White Cattle Society (UK) and the White Park Cattle Association of America.

The bulls consisted of 12 “A” class (pure imported bloodlines) and 22 “Foundation A” class. 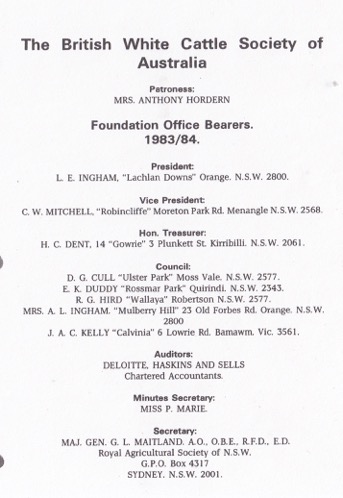 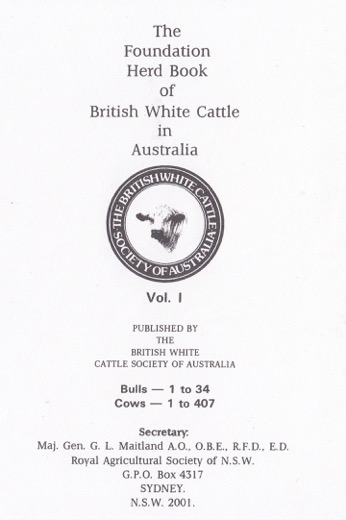